A voyage to the dawn of humanity 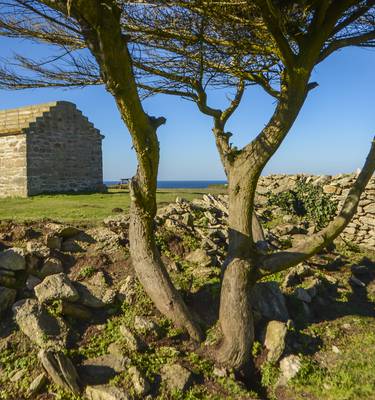 A fascinating and immersive cultural experience

Coming back to your roots, back to the source, discovering your origins… To understand where we come from, the site of Menez Dregan in Plouhinec leads us through the traces of our ancestors. It’s a leap of 465,000 years back in time, back to when Homo Heidelbergensis learned how to use fire and hunted elephants across vast plains that now lie underneath the ocean waves.

A cave, a burial chamber, a gallery grave: Menez Dregan covers a long period of prehistory going from the Paleolithic to the Neolithic period, around 5,000BC.

There is a 9-step visitor circuit along the coast, presenting the specifics of these three archaeological sites and the story of the early people who lived here. And in order to better understand various archaeological methods and findings, the visitor centre also offers modern, interactive displays. 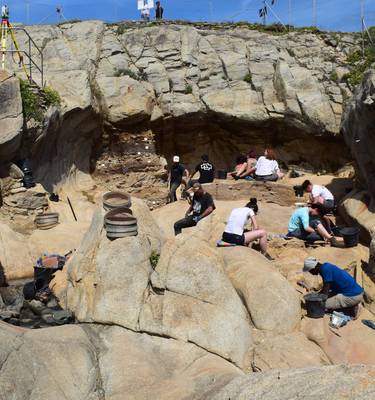 Discovered in 1985, this cave is a major site for anyone studying the first people to settle in western Europe. Its occupation dates back to 465,000 years before our time: we have found evidence of fire (fragments of coal and flint) that are among some of the oldest to be found anywhere in the world.  Archaeological digs have also revealed tools shaped by pebbles, bone remains and an elephant tooth, putting this site on a par with other famous digs such as Terra Amata near Nice and Tautavel in the Roussillon. 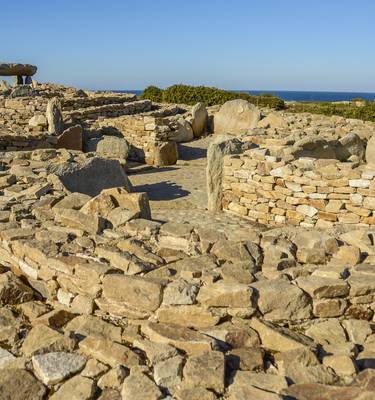 Classed as an Historic Monument since 1979, the site of Le Souc’h includes 5 ‘dolmens’ or prehistoric stone tables. Located just a few dozen metres from Menez Dregan cave, these remains were excavated between 2001 and 2006 by the area’s Archaeological Service, and were originally covered by a dry-stone cairn that would have formed a vaulted roof. The monument dates from around 3,500BC and contained pottery fragments, flint, stone axes, flint beads, and vases that were placed to accompany the deceased into the after-life.

The Gallery Grave at Pors Poulhan

This Neolithic grave consists of 16 pillars in two rows, topped with huge stone slabs. Unearthed and restored in the late 1980s, it is the largest and technically the most perfect example in Finistère. Just a single one of the roof slabs weighs 15 tonnes. The gallery grave is around 20 metres long, and around 2 metres high. The rich variety of remains found within the site suggests that it was used for a long period, from the late Neolithic to the Gallo-Roman period.