Along the southern coast

Veloroute is a safe, signposted coastal trail of 60km between the coastal points of the Pointe du Raz and Saint-Guénolé (Penmarc'h).

In the Cap-Sizun, the Veloroute leads you along the southern coast of our peninsula through minor roads that don’t have much traffic. The section between the cove of Le Loc’h and the Pointe du Raz is particularly sheltered from vehicles.

You don’t need to be sporty, either! The climb up to the Pointe du Raz is relatively simple and you’ll be rewarded by some charming sights along the way.

In Plogoff, the Veloroute begins in the hamlet of Lescoff.
In Audierne, the route begins at the bridge of the River Goyen. 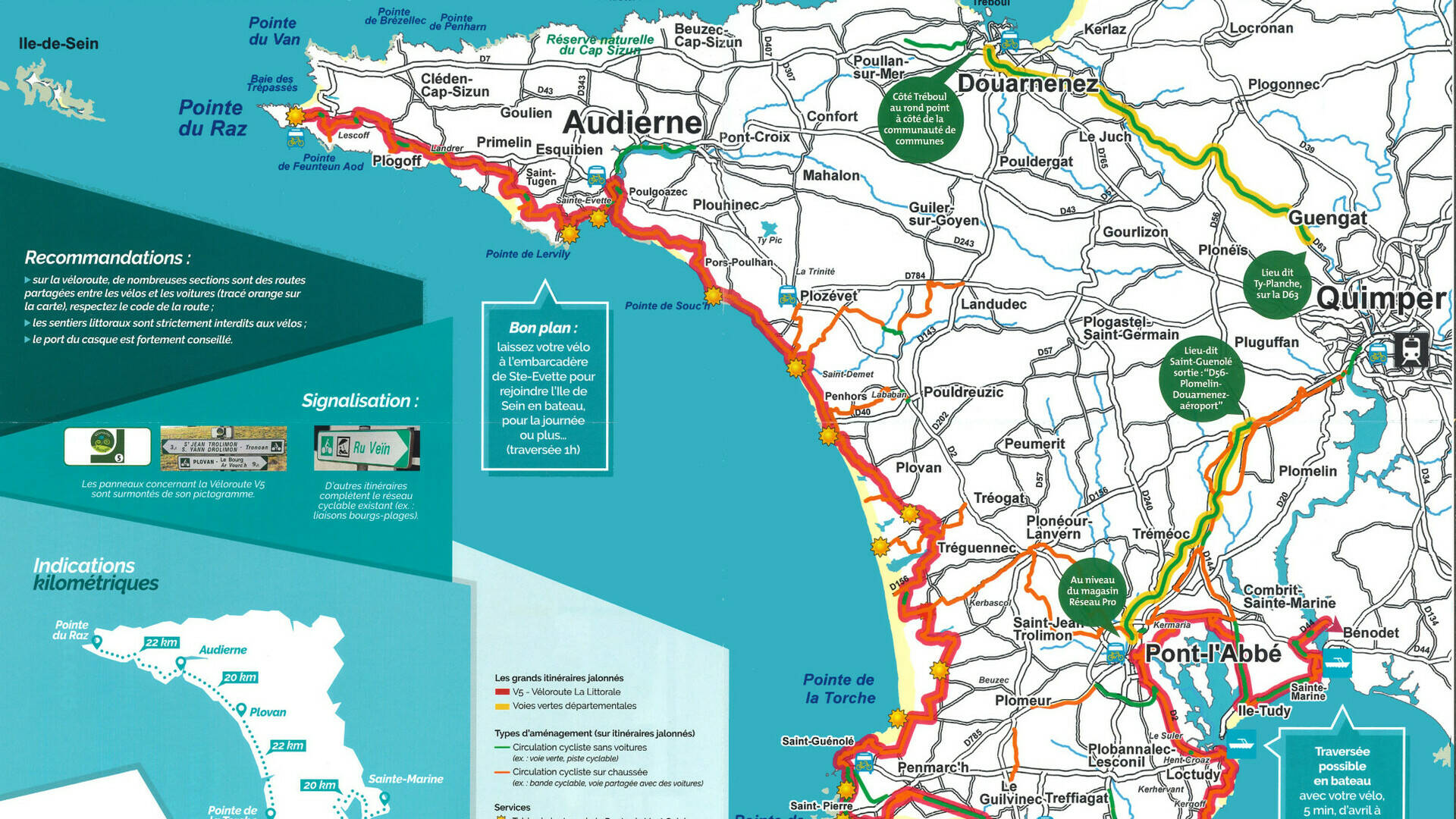